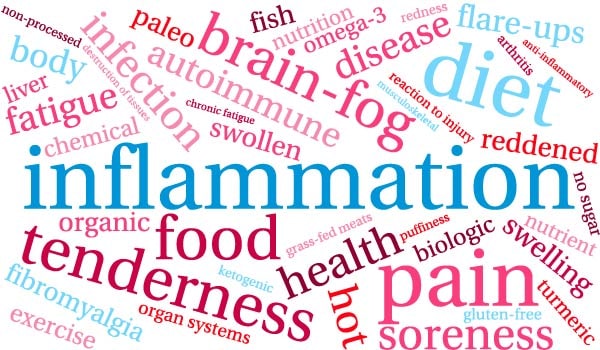 CIRS is a multi-symptom, multi-system chronic disease which mainly results from an increase in the reactivity of one’s immune system.  A few other systems are sometimes directly affected by certain mycotoxins but the majority of the ongoing harm comes from the immune system triggering downstream effects in other body systems.

Normally, the immune system sets off chemical alarms when an invader attacks the body. Then, it works to rid the body of the offending agent.  After dealing with the threatening agent, the alarms are quieted until further need arises.  In CIRS, this protective, temporary response becomes a destructive, continuing state.

Once CIRS takes over, the alarm response of the immune system no longer quiets down. The chemical alarms not only remain active but go into overdrive.  When this happens, the affected individual remains in danger response mode, also known as inflammation.  Inflammation is good as a short-term defense mechanism but bad as a long-term body condition, unable to shift back into repair mode.  From there, the immune system hyperactivity sets off a variety of downstream effects. For example, the hormonal system becomes dysregulated – either too high or too low or a combination. Further discussion of specific systems can be found in the following sections.

Be aware that mold is not the only biotoxin.  Many others exist.  Each of them can contribute to CIRS alone or in combination with one another.  Other biotoxins include but are not limited to the following:  Lyme, red tide at the beach, toxic fresh-water algae, brown recluse spider bites, and bacterial toxins.  Furthermore, one person may have two or more sources of CIRS triggers (for example mold AND Lyme).  While the biotoxin trigger may differ, the pathways and symptoms of CIRS follow similar patterns. Correct diagnosis is an obligatory step in dealing with the multi-symptom, multi-system Chronic Inflammatory Response Syndrome (CIRS).

Because each person’s genetic make-up, environmental history, and life circumstances vary, the expression of CIRS varies- common threads, disparate colors. Not only do the threads vary in their expression between individuals but the degree to which symptoms are expressed varies.  For example, some lose 30 pounds and find themselves desperate to gain weight while others gain 50 pounds and find themselves desperate to lose the same.  Further, some are anxious and highly excitable while others are depressed and slowed down.  With so much variation between individuals the root cause of mold toxicity can be hard to recognize at first glance and many spend countless hours pursuing help.  Often, the superficial help they do receive is limited in success because the ultimate cause remains elusive.

Mold toxicity is a sneaky and formidable foe.  Dealing with the unrecognized CIRS process and its cascading effects while continuing to seek help from multiple professionals (medical, psychological, spiritual) tends to exhaust and discourage the person and their family.  Often, the persons story includes chaos, confusion, and a diminishing of human functioning.  For instance, the CIRS process set up by mold toxins interferes with a person’s thinking capacity and with their ability to lay down memories in the brain.  In addition, the CIRS process often sets emotional balance on edge leaving the person in peril physically, emotionally and socially. Often, the mold toxic person’s world has been undone, at least in part, by the time the issue is discovered.  It can be that insidious.

While a correct diagnosis is the first step to restoration, beating the CIRS process initiated by mold can be a prolonged and arduous trek. Some recover quickly with little complication while others experience what seems like repetitive setbacks.  The body which has become compensated to dysfunctionality often takes persevering intervention to return to a healthier state. In fact, the process of detoxification from mold can itself heighten the symptoms during the initial stages.   During this time, discerning the difference between unavoidable detoxification symptoms and an exacerbation of old issues takes time and expertise.  Doctor and patient must work together to manage and overcome the challenges.  In this critical period, a personalized medicine approach with up to date scientific reasoning and a sound understanding of the body’s functioning becomes imperative.

After a CIRS patient accomplishes detoxification from mold toxins they often have specific areas of body functioning that need retraining. For example, the limbic system may need retraining to overcome the Post Traumatic Stress Disorder (PTSD) symptoms that it has developed over the course of life with mold toxicity.  The immune system may require strengthening and external support until it fully recovers.  Often, patients also deal with grief due to the loss in time, health, and relationships.  This requires time and understanding as well as specific support in some cases.

CIRS resulting from mold toxicity may be a chronic and insidious condition but it is no less serious than an acute injury.  There may be more time to deal with the issue but the complexity and depth of the struggle as well as the long-term implications of ignoring the problem raise CIRS and Mold Toxicity to a level of grave importance.  Please do not ignore the signs in yourself or a loved one if you suspect mold exposure or toxicity.