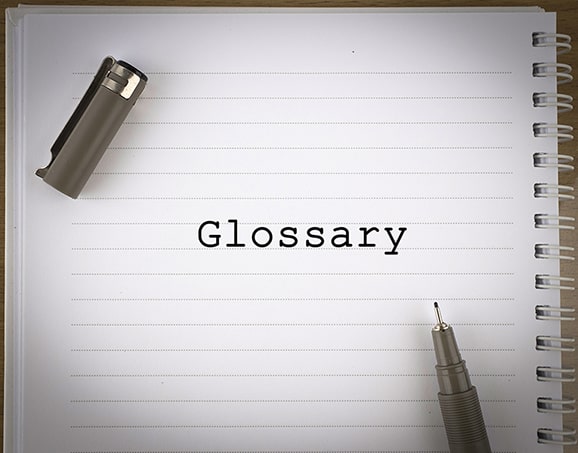 This term fills the internet implying that your adrenal glands are tired and don’t function as well.  While adrenal dysfunction does occur, especially in mold toxicity, the term adrenal fatigue is a misnomer.  The adrenal glands, which produces cortisol, DHEA, and other hormones simply shift the relative amounts of these hormones to levels which produce symptoms in patients.

Various natural and pharmaceutical chemicals possess the ability to chemically or structurally bind to toxins including mycotoxins.  By ingesting such binders, individuals can catch toxins and then excrete the toxin-binder complex, thus removing the toxin.

A chemical made by one organism that is toxic to other organisms.  Examples include snake venom, Lyme toxins, mold toxins, brown recluse spider venom, toxic algae, red tide in ocean, and some bacterial products.

The syndrome triggered by mold toxins and other toxins which perpetuates inflammation, producing chronic multiple symptoms in multiple systems.

Chemical messengers produced by immune system and related cells which influence other cells to participate in immune system functions.

The process by which our bodies naturally either move a toxic substance from inside to outside or change it chemically so that it is no longer toxin.

Dynamic neural retraining system is a course developed by Annie Hopper which attempts to influence the limbic system and vagal nerve back towards balance and away from overstimulation.

These are oil substances derived from a variety of plant sources which many believe have medicinal like effects when taken orally, topically, or inhaled from diffusion.  They are used as preventives and curatives.

The total load of all substances which enter a person through lungs, skin, or GI tract.

A small peptide consisting of 3 amino acids, glutamine, cysteine, and glycine. As a joined unit, this peptide serves as one of the primary intracellular antioxidants and a major means of detoxifying numerous internal and external toxins.

Naturally occurring metals which are not necessary for human metabolism, but instead may interfere with various necessary bodily processes ultimately causing symptoms and disease.

Human Leukocyte Antigen is a set of immune system genetics which determines our ability to identify and thus process various antigens. Various combinations of these genes influence individual risks of not only autoimmune diseases, but susceptibility to biotoxins such as Lyme or Mold.

A body process in which specific mechanisms cause increased warmth, swelling, and/or pain.  These participate in fighting infection, healing damage, and clearing toxins.

Intestinal hyperpermeability. Rather than a minimally permeable membrane barrier between the gut lumen and the blood stream, leaky gut distances gut lining cells one from another.  This allows various substances to cross the barrier.

The limbic system is a lower subsystem of the central nervous system (brain).  It modulates our flight or flight response to external threats real or perceived. This system may be upregulated in mold toxicity causing panic, anxiety, and PTSD

Another fungi group which lives more on surfaces and mainly triggers allergies if any human symptoms at all.

The subunit of animal cells which process carbohydrates, protein, and fats into energy that the cell needs to function.

Fungal organism which is multicellular.  Cannot produce its own energy from light, so must consume other organic material to survive.  In doing so it decomposes and recycles nutrients back into the ecosystem.  Requires water and food to grow.  Produces chemicals against other molds and organisms to protect its territory.

The Th2 (T helper 2 type of immune cell) arm of our immune system with its cells and cytokines elevate IgE antibodies against external allergens along with eosinophils and chemical messengers like histamine.  Ultimately sneezing, snotting, rashes, and wheezes occur.

The clinical syndrome when toxic substances produced by mold enter the body and set off a variety of health consequences.  Mold toxicity is a better technical term than mold poisoning.

Many mold toxic patients initially become more sensitive to mycotoxin exposures.  They often have symptoms within minutes of exposure that mimic the prior chronic symptoms or reflect new manifestations of the syndrome.

This is a statistical measure of disease prevalence and or severity.  Higher morbidity means higher severity of disease or higher rate of occurrence.

A reactive condition in which a wide variety of normally benign environmental substances trigger excessive symptoms in a patients. This may include inhaled substances, ingested substances, or skin absorbed substances.  Foods, essential oils, fragrances, and more may trigger a huge variety of symptoms.

Toxic products of the fungi called mold.  These toxins may harm other fungi or other organisms.  The particular effects and which organisms are affected depend on the interaction between the toxin and the organism.

This form of biofeedback attempts to use external stimuli, usually in the form of light and sound, to influence the brain’s electrical activity away from dysfunctional states

Organic molecules like carbohydrates, proteins, and fats exist in various states of oxidation.  These states are based on the presence of oxygen or the types of bonds between carbon atoms.  When excess oxygen is added to the molecules, they may become dysfunctional or outright harmful.  This oxidative stress must be mitigated for proper cellular health.

Persistent Organic Pollutants.  These are chemicals such as plastics which are synthesized by humans but persist for long periods of time since they do not degrade naturally.

The process of removing toxins substances, organisms, and materials from a living space so that the space becomes habitable without causing toxin effects.  This description is just the tip of the iceberg.

Volatile Organic Compounds are chemicals that vaporize into the air at room temperature.  This allows them to be inhaled and enter our bodies through the highly permeable mucous membranes of our respiratory tract.